HUNTERDON AT WAR:  THE HOME FRONT 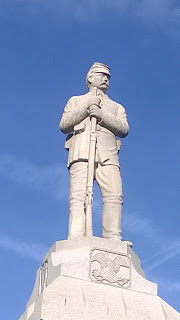 RESERVATIONS AVAILABLE NOW FOR THE FOLLOWING:

TUESDAY, MARCH 28TH:  The International Geophysical Year, Pictures from Antarctica:  The International Geophysical Year lasted from July 1, 1957 to December 31, 1958 and marked the end of a long period during the Cold War when scientific exchange between the East and the West had ceased.  Hunterdon County author and historian, John Kuhl, was in the Navy during this period and was aboard a ship in Antarctica -- talk about a Cold War!  A historian even then, John recorded his voyages via both camera stills and movie reels.  Never seen by the public, John will be playing these incredible films and pictures via a powerpoint presentation while describing his adventures in one of the most hostile and wild places on the planet!  7 pm, Main Branch of the Library.  Free.  Reservations strongly recommended.  Refreshments follow.

WEDNESDAY, APRIL 5TH: THIS TALK HAS BEEN MOVED TO SEPTEMBER 12TH.  AMERICA'S PAST-TIME IN HUNTERDON:  THE TRI-COUNTY BASEBALL LEAGUE


TUESDAY, APRIL 25TH:  THE UNIFORMS OF THE CIVIL WAR:  John Kuhl, author of Hunterdon County in The Civil War, is back as a subject matter expert on the Civil War.  The Home Front and front lines of the Civil War were right here.  John will detail the various uniforms of the Civil War in this fascinating talk and fashion show.  7 pm, Main Branch of the County Library.  Free; Reservations Strongly Recommended.  Refreshments Follow.

MARK YOUR CALENDAR!  MORE UPCOMING EVENTS FOR 2017 EXPLORING HUNTERDON COUNTY WHEN OUR COUNTRY WAS AT WAR:

TUESDAY, MAY 9TH:  THE JOURNEY:  THE IMMIGRATION OF EUROPEAN JEWS TO HUNTERDON COUNTY: Join Hunterdon County Historian Stephanie Stevens for a talk on turn of the 19th Century Hunterdon and how a people caught up in the turmoil of Europe immigrated to America and found peace in Hunterdon County.  The story of egg farms, merchants and faith.  Stephanie will be available to sign her newest book, published by the Hunterdon 300th, following the talk.  Main Branch of the Hunterdon County Library; 7 pm.  Free.
Refreshments follow.  Reservations recommended.

SUNDAY, MAY 21ST:  HUNTERDON'S FIRST COUNTY SEAT: THE EARLY HISTORY OF TRENTON:  Join historian Larry Kidder for a detailed history of 18th and early 19th century Trenton.  This settlement was a major player in the French-Indian War and the American Revolution -- it's major infrastructure crossed our county and made Hunterdon one of the most important places during the Revolution.  Larry has been researching this topic for some time and his new book on the subject is being published in late Spring, 2017.  The Hunterdon 300th has Larry for his first talk AND book signing!  You don't want to miss this real treat!  2 pm.  Main Branch of the County Library.  Free;  Reservations Strongly Recommended;  Refreshments Follow.

SATURDAY JUNE 10TH:  HUNTERDON TAKES BACK (REVOLUTIONARY WAR) TRENTON BUS TOUR  BACK BY POPLULAR DEMAND!  RESERVATIONS WILL BE TAKEN IN EARLY APRIL:  DON'T MISS THIS OPPORTUNITY!  WE SOLD OUT IN 8 DAYS LAST YEAR!  Join us for a unique opportunity to tour Hunterdon County's original County Seat -- Trenton.  This all day bus tour will be guided by two of the best Revolutionary War story tellers around:  our own County Historian and author Stephanie Stevens and the Executive Director of the Old Barracks, Richard Patterson.

Our deluxe coach, equipped with both a restroom and air conditioning, leaves the East Amwell Municipal Building promptly at 9:30 am (please arrive by 9:15 am) and arrives at our morning stop, the Old Barracks.  During the French and Indian War in 1758, the Old Barracks was constructed by the colony of New Jersey in direct response to petitions from local residents complaining about compulsory quartering of soldiers in their homes.  Throughout the Revolutionary War, British prisoners of war were held in the Officers' House, 4 companies of the Second New Jersey Regiment of the Continental Line were raised here, and in 1777, the Barracks became an army hospital.  At the beginning of the month of December, 1776, British and Hessian troops occupied Trenton, and briefly stayed in the Barracks prior to the Battle of Trenton.  Loyalists also arrived, seeking protection from the soldiers and were believed to be staying at the Barracks when Washington marched into Trenton on the morning of December 26th.

Following both a guided tour and private time to view the exhibits, lunch will be provided in a private room at the Barracks.  You are free to eat outside on the picnic tables or inside.
The bus will then bring us to the Trent House built on an estate of 300 acres around 1719 by William Trent for whom Trenton was named.  During the American Revolution, Hessian soldiers occupied the houses.

Later, the then owner of the property, Dr. William Bryant, was thrown out of the house because he was a Tory sympathizer.  It became a supply depot for Washington's army.  Tours are timed, so while some of us enjoy dessert, others will enjoy guided tours of the house and vice versa.

Once back on the bus, Richard and Stephanie will guide our bus around Trenton to see the best and most important Revolutionary War sites including the site of the Battle of Trenton and the location where the original Hunterdon Courthouse stood -- notably the site where, on July 8, 1776, the first reading of the Declaration of Independence occurred in New Jersey.  We will visit historic churches, graveyards and the Quaker Meeting House while Richard and Stephanie share some great stories, banter and tales about Trenton, Hunterdon County's Revolutionary War history.  We will begin to head back to OUR Hunterdon County around 4 pm.

$30 all inclusive day trip includes deluxe coach, two amazing tour guides, all your admissions, lunch, snacks, tip!  Once you have ordered your ticket(s) from Eventbrite, please send your check to confirm your reservation(s) to The Hunterdon 300th, 3 Chorister Place, Flemington, NJ, 08822.

Your payment MUST BE RECEIVED within 3 days of reserving your seats for the tour or your ticket(s) will be released.

WEDNESDAY, JUNE 14TH:  FAMOUS FLAGS THROUGHOUT AMERICAN HISTORY -- IN HONOR OF FLAG DAY:  It's Flag Day and the Hunterdon 300th is proud to bring back our favorite Vexillologist, Richard Pierce.  In this talk, Richard has prepared new research on some of the most famous flags throughout American History. More details to follow.  7 pm; Main Branch of the Library.  Free.  Reservations Strongly Recommended.  Refreshments Follow.

TUESDAY, JUNE 27TH:  MUSIC OF THE CIVIL WAR: In period dress, Ridley and Anne Enslow will perform historic Civil War songs played on instruments found during the 19th century.  The Enslow's played this concert for us last in March of 2014.  It was a very emotional and moving evening of music that evoked the pain, the boredom and the patriotism of the American Civil War.  A night not to be missed!  7 pm; Main Branch of the Library.  Free.  Reservations Recommended.  Refreshments Follow.

TUESDAY, NOVEMBER 28TH:  100 YEARS AGO:   AMERICA'S ENTRANCE INTO WORLD WAR I:  With the 100 year anniversary of America's entrance into World War I, no lecture series on the Home Front would be complete without a look at what was happening in Hunterdon County from 1914 through 1918. New research done by Hunterdon 300th Chair Marcia Karrow who has finally dusted off her history major and her "all but Ph.D. in Ancient Art and Archaeology".
More details to follow.  7 pm;  Main Branch of the Library.  Free.  Reservations Strongly Recommended.  Refreshments Follow.

HISTORY AND HERITAGE EVENTS FROM OUR PARTNERS:

SATURDAY, APRIL 1: HOW TO RESEARCH THE HISTORY OF YOUR OLD HOUSE:  The Hunterdon County Historical Society announces an afternoon workshop in cooperation with Hunterdon County history blogger, researcher and house history expert Marfy Goodspeed on Saturday, April 1 from 11:00- 12:30 pm.   The workshop will be held at the Society’s headquarters and library located at 114 Main Street in Flemington.

Marfy Goodspeed is known for her Goodspeed Histories, a New Jersey history and genealogy website and for her business, Goodspeed House Histories.  A resident of Hunterdon County since 1976, Marfy has been exploring and sharing the County’s history for decades. The session will cover how to begin the research of your home with the resources that are available at the Society’s library in addition to other regional repositories. Marfy will take the participants on a step- by- step approach to uncovering the history of an individual’s property through general histories, deeds, wills, newspaper articles and much more!
The workshop is free for members of the Historical Society with a $5.00 program fee for non- members. Registration is required as space is limited.  Participants may register by calling or e-mailing the Hunterdon County Historical Society.  Please visit their website or call 908-782-1091.

SUNDAY, APRIL 2ND:  READINGTON MUSEUMS PRESENT RUG HOOKING: Lucy Walsh will demonstrate the basic technique of pulling wool strips through a Monk’s cloth backing, draped over a frame. Walsh will have sample rugs and hooking materials on display. Guests will be invited to try their hand at hooking, as well as learn the history and the inspirations for designing rugs. Walsh is a fiber artist living in Clinton, New Jersey, and has been creating hand-crafted hooked rugs in the traditional style since 1990. She says, “My rugs are all original designs, and are born from a spark somewhere in my head or heart. A central theme and vision establish a design concept, recalling a time, place, person or emotion unique to that experience. The goal is to capture a subject that has a special meaning to me, and which is aesthetically pleasing to others. Before long a story emerges in wool.” Recent collections include ‘story rugs’ which tell tales of real-life or imaginary events. The recently completed, “Orphan Train”, was displayed at the reunion of Orphan Train descendants in Little Falls, MN. Lucy’s rugs have been featured on websites, fairs and rug hooking publications. “Spirit Bear” was selected to be included in the 2012 Rug Hooking Magazine’s Celebrations® book recognizing nationally known fiber artists. Bouman-Stickney Farmstead, GPS address: 114 Dreahook Road, Lebanon NJ 08833.  Phone 908-236-2327.  This program runs continuously from 1 to 4 pm.  Donations welcomed.

SUNDAY, MAY 7TH:  READINGTON MUSEUMS PRESENT EIGHTEENTH CENTURY ICE CREAM:  Susan McLellan Plaisted MS RD CSP LDN, presents ice cream making from harvesting ice to moulding (molding) of ice cream. For this demonstration, ice cream will be made in a reproduction 18th century sabotiere. Documented flavors of the 18th century will be reproduced using original receipts (recipes). Plaisted is the Proprietress of Heart to Hearth Cookery, a food history business based in Bucks County, Pennsylvania. She offers demonstrations of 17th century through 19th century Colonial American and European cooking methods, practices, and receipts (recipes), as well as pre-European-contact and post-European-contact Native American foodways. Plaisted is a founding member, past president, and past newsletter editor of the Historic Foodways Society of the Delaware Valley, a member of Culinary Historians of New York, The Colonial Chocolate Society, and was active in Past Masters in Early American Domestic Arts. In addition, she is a member of the Food History Committee of both ALHFAM (Association of Living History Farms and Museums) and IACP (International Association of Culinary Professionals)  Bouman-Stickney Farmstead, GPS address: 114 Dreahook Road, Lebanon NJ 08833.  Phone 908-236-2327.  This program runs continuously from 1 to 4 pm.  Donations welcomed.